When I first encountered the 11-Plus exam it was early in the term of a new school year in a Primary school in Skegness, Lincolnshire way back in 2005. Before the candidates from our school sat the test, all hoping to score well and enter the local Grammar School, I had an opportunity to flick through a paper. The first thing that struck me was the similarities of the eleven plus and a MENSA test. I had sat the official MENSA test twice before and scored 147 on each occasion (you need 148 to become a member).

I could see how straight forward the mathematics and English elements were with the non-verbal reasoning being a particular area of similitude with the MENSA test. While I was teaching in Lincolnshire, I accepted numerous requests for tuition on how to perform well on the 11 + test. I have been supporting candidates since that time and have watched the developments in the test until the present day.

Now the 11-Plus exam entails more than one form of the test, and it can vary from school to school. Principally, there are currently two main formats to the test. The CEM test and the GL test. CEM and GL are the examination boards.

At the time I conducted my research it was unclear which exam board Surrey will endorse.

*Please note this list was correct as recently as the end of May 2022 but schools and regions do change exam boards and it is vital that you check with individual schools.

The problem of ‘selective’ schools

All state grammar schools are selective. This means that they choose their students through the 11-Plus exams in subjects which might include mathematics, English, verbal reasoning and non-verbal reasoning. The absolute best performing students are offered places, so long as they can meet the school’s other entrance criteria (for example, geographical location).

Grammar schools offer children the opportunity to study in the company of other bright and academically motivated children. This is the reason success in the 11-Plus exam is vital to a Grammar school. The exam is their step to the exceedingly high bar they will be setting during a pupil’s time in their school.

Tutoring and the 11-Plus

Tuition Works have a number of experienced and able tutors that can support your child in whichever exam format they face.

As the grammar school 11-Plus exam is designed to discover children’s suitability for an academically challenging secondary education. The test itself aims to demand positive responses on a pupil’s knowledge on the core KS2 primary curriculum in English and maths. It may also include reasoning tests, designed to spot potential rather than knowledge.

What a TuitionWorks tutor could do for your child

To support your child in their run-up to the test, purchasing a block of tuition hours with a tutor is a healthy step towards test success. The moment you have made the decision that your child is going to take on the challenges that the 11-Plus exam brings then you should start to work with a tutor and formulate a plan of learning. Some children will need many more hours than others. A good tutor will be able to offer you an assessment on all aspects of the tests.

The tutors at TuitionWorks, including myself, will then help you begin your preparation for all stages of the test:

Do you need a different tutor dependent on which format of the test you are taking?

Having spent a number of hours working through CEM test materials and GL assessment papers, I have to say there are few differences.

Both test formats exam your child’s ability in four major categories of skill:

Verbal reasoning tests of intelligence provide an appraisement of an individual’s capacity to think, reason and solve problems in a variety of ways. In addition, such tests are also used by a growing number of employers as part of the selection/recruitment process.

The GL test contain several types of question involving numbers, codes for letters which are less common than in the CEM format.

Many candidates struggle with spatial reasoning – Tuition Works can help with that!

The English section of the 11 plus is based in comprehension.

There is slight difference between the two formats of the tests in this area.

Using Key Stage 2 past SATs papers would be a useful way of practising for the 11 plus test as well as using the practice papers available. A Primary based tutor could really help you in this area of the test.

Like the English test a Primary curriculum expert will be able to guide your child through this area of the test.

Although the test is only supposed to be on the areas of the curriculum up to the start of Year 6, you must accept that this attainment can be a variable across the country. To prepare fully for this section of the test, I strongly recommend covering the whole of the Year 6 curriculum. The earlier you start collaborating with a tutor, the faster your child can look forward to overtaking the likely point of progress in their current school.

TuitionWorks is here to help you conquer the 11-Plus exam

If you’re still feeling less than confident about non-verbal reasoning or other aspects of the 11-Plus exam, TuitionWorks can provide an intensive course of personalised, one-to-one 11-Plus tuition from a qualified teacher like me. Just get in touch for a free consultation.

I have over twenty years’ experience of teaching both children and adults. I trained as a primary school teacher after a spending a number of years abroad teaching English as second language.

After qualifying with a PGCE in 2004, I attained my Masters Degree in Education. I believe in keeping my skills sharp and recently completed an online writing course with Harvard University. 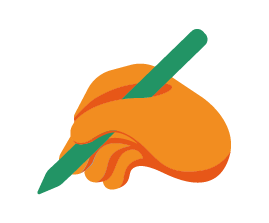